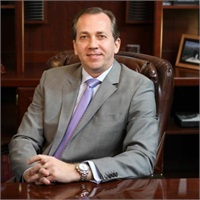 Olivier Allain was born and raised in Brittany, France and relocated to the United States over twenty years ago. Having started with nothing it was through sheer determination and an indomitable will that Olivier was able to work his way up to the top. After first arriving in the U.S. he took twenty hours of English courses per week, practicing the language until he was proficient enough to enroll in college-level finance courses. All the effort and determination paid off as Olivier has become a successful Financial Consultant serving a number of high-profile and reputable clients.

Olivier’s first opportunity was as a Financial Consultant with a highly ranked national firm. There he learned a number of skills that have served him well to this day. Though successful, Olivier felt constrained by the limited investments and products available at the firm and wanted the ability to offer objective advice. He knew that with his personal working style he could be more effective if he had the opportunity to offer a broader range of investments options. For that reason, he made the transition in 2004, to a large independent broker-dealer. This culture meshed well with Olivier’s own personal outlook and he was finally able to forge the long-term relationships that form the backbone of his practice today.

In addition to general financial planning, Olivier specializes in retirement, insurance, college planning and tax relief. He is always available to his clients, and he has been widely recognized in the industry for his efforts.

In 2015, after spending eleven years with the independent broker-dealer, Olivier realized that he was no longer receiving the level of service his practice required. Since joining that firm, the company had grown from 100 billion dollars in assets to nearly 500 billion. In the desire to be able to provide the highest level of customer service, Olivier joined Cambridge Investment Research. Cambridge is one of the largest privately owned independent broker-dealers in the U.S. and has a highly regarded service-oriented culture that Olivier required.

Olivier is active in his community and supports numerous organizations. For example, his support and generosity made him a Benefactor for the “We are family Foundation”, as well as a Charter Member with the National September 11th Memorial and Museum.

Olivier has realized the American Dream, and every day he looks back warmly on the day that he decided to immigrate to America. He relishes guiding others toward their own prosperity and a comfortable future. 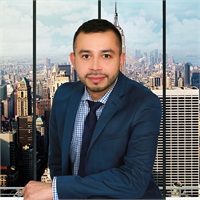 Darwin Falcon is a financial advisor from Long Island, New York with one simple goal: to leave everything he touches better than he first found it. He is still near the beginning of his career but has already attained the knowledge and wisdom necessary to help every investor he counsels. He has passed his FINRA Exams, Series 7 and 63, and the New York State Life and Health Exam. He also works with a mentor to gain practical insights into the realities of finance. Furthermore, he studied aviation in college and is a private pilot.

Falcon is a passionate and relentless professional who won’t stop until a job is done well. His drive stems from watching his own parents struggle in retirement due to not having a trusted financial advisor and plan. He became the advisor they needed, helped them turn things around, and now aims to do the same for as many other people as possible. He also finds inspiration in figures like Thomas Jefferson, Napoleon Hill, Elon Musk, and Dave Ramsey. He wants to show his clients that it doesn’t take a lot of money to be well off, just a plan and consistent action. More than anything, he strives to be the one who makes a difference for hundreds of other people. To Darwin, that would be a life well-lived.